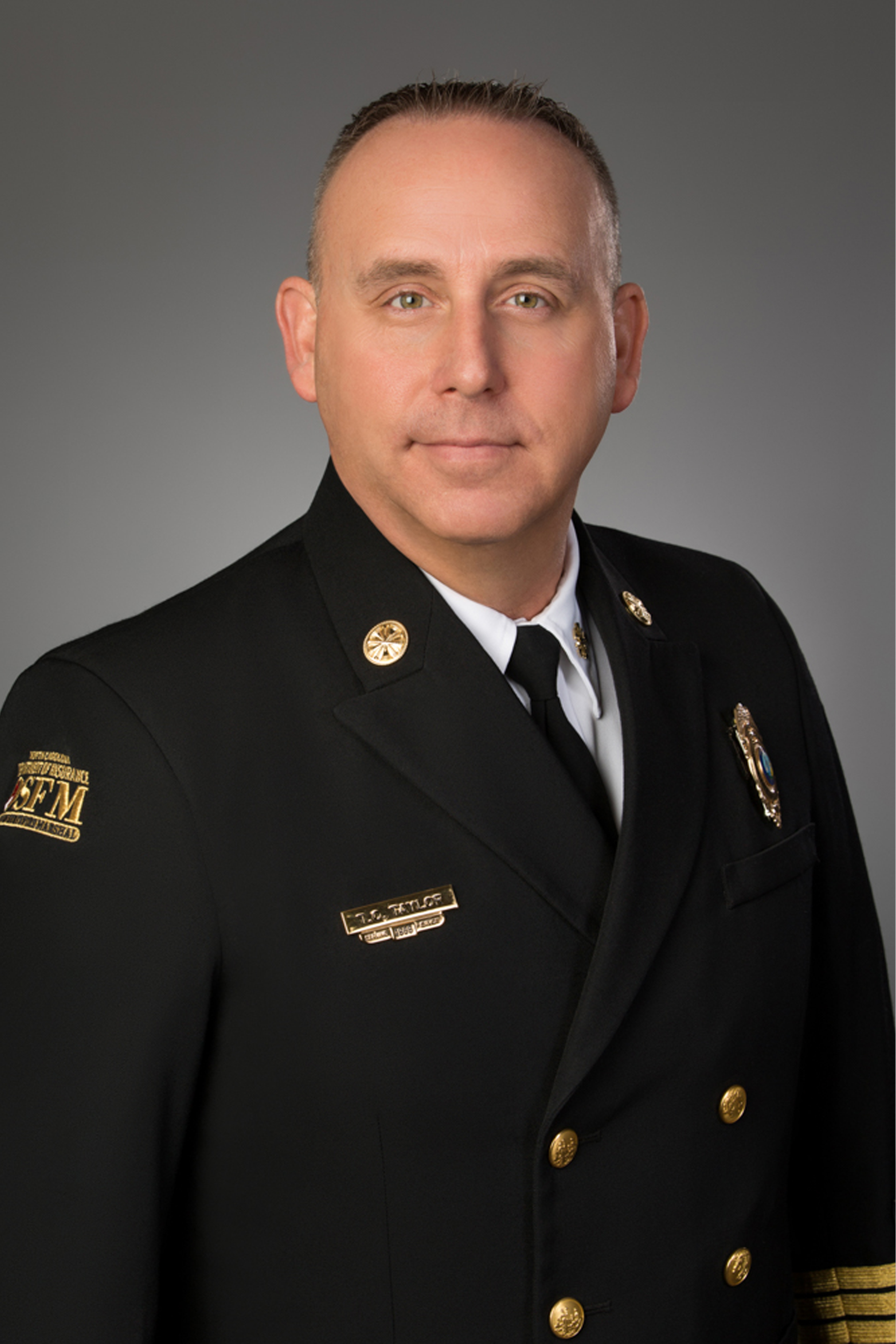 He started his fire service career in 1988 as a volunteer firefighter at the Norwood Center Rural VFD and worked through the ranks to Assistant Chief and is still a member of the department.

His first professional position was with the Stanly County Fire Marshal's Office as a part-time fire inspector/investigator then hired as a firefighter with the City of Albemarle. Chief Taylor held the position of Fire Marshal and Emergency Management Coordinator for the City of Albemarle for 25 years. He was also North Carolina's longest serving SAFE KIDS coordinator for Stanly County, holding the position for almost 20 years.

Chief Taylor holds many fire and rescue certifications and has advanced training with the National Fire Academy, UNC School of Government and UNC Charlotte Fire and Rescue Management Institute.

He is very active in his community and sits on a number of boards and councils.