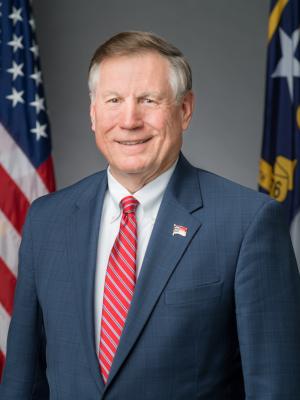 North Carolina Insurance Commissioner and State Fire Marshal Mike Causey is a successful businessman with more than 25 years in the insurance industry – as an agent, manager, supervisor and agency owner.

He is a veteran of the U.S. Army where he served as a military policeman and played trombone in the Army band.

Causey’s goal as commissioner is to fight for more competition in the industry and to combat insurance fraud to drive rates lower for the North Carolina consumer. He is also passionate about making the office more consumer-friendly to help residents attain their insurance needs.

Commissioner Causey is a native of Guilford County, North Carolina where he still lives with his wife Hisae on the farm where he grew up.